I tend to try to keep my views very private, especially over political issues and social things. I have always lived by the idea that if you cared what I thought about something, then you would ask. I have, however, seen the destructive effects of remaining socially nice on the deterioration of our society in which silence is considered acceptance and support of malignant ideas.

And I want to bring attention to and highlight the struggles of a few communities that should already know better than to engage in the silence—and sometimes explicit support—that gives power to oppression.

Even the newest and freshest of baby witches should know from their studies that, of anyone else on this list, witches have seen plagues, and suffered greatly during them. There are whole books written about how we were blamed for plagues. Burned or hanged, our ancestors met horrible fates at the hands of those who wanted someone to blame and unleashed their fury upon us. Those who were burned, those who were hanged, those were the lucky ones, death was much preferred over torture. To be placed in a metal chair over hot coals in which one watched another being tortured knowing they would suffer the same fate. To be dunked, in which at best you are innocent and die by drowning, or “guilty” because you float, then beaten, tortured and disfigured until you “confessed.”

A confession consisting of an answer they were willing to hear, anything, everything about anyone that you knew, or didn’t know, that could possibly stop them from inflicting more pain.

Herbal medicine practitioners, midwives, the outcasts, the unwanted, the marginalized, many of those branded witches were not followers of the Goddess but suffered with us all the same.

Wiccans will notice I did not name you in this lesson on history, your faith is less than a century old and already it has seen intense discrimination, from the court cases to take your children, to loss of employment and housing, ostracism, scorn, blame. You have become the witches of yesteryear, not only in name but in suffering. Many of you live in the broom closet. Knowing and fearing the brutal reality that, to practice your craft openly is, often, to invite pain into your lives.

Yet, within this belief system so feared and reviled are the following basic tenants:

Knowing these facts, the history, the discrimination you experience in your life, and the life of those who are sainted by the faith, how dare you?

Chased from all corners of the earth, forced to have no homeland, to have your children taken from you, enslaved. Your history erased, or at best rewritten to cast your people as villains, thieves, harlots, scoundrels, and every other word in a world of languages that means no good. Your birthright has been to be stolen from, murdered, starved, beaten, raped, accused, arrested, tossed out, abused. Your heritage, your ancestors have been cast as an other, as unwanted. And through that history has come an inability to trust others, to feel safe, leaving many still worried that any day you will lose everything. That at any moment everything will be taken away. That at any moment, Roms will be put back into train cars, placed back into concentration camps.

Nomads, afraid to stay in one place too long, not out of choice, but a necessity, how can you ignore those who suffer alongside you? 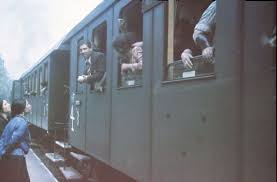 Your one true goal is to connect people. With messages, with healing, with peace, with guidance, with each other, to all of the resources they need. You are supposed to be most in tune with humanitarianism. To see pain, suffering, anguish, despair. To quench the parched of mind, body, spirit, health, and direction. Yet there are those among you, who claim this beautiful and precious gift while working to divide and harm. How can you, in a time of such immense suffering, dare to act this way?

Knowing all this, I have had one single question, how dare you? How dare you set out of your home or vardo without a mask on?

How dare you? Say “all lives matter” and “we don’t see color?” How dare you call yourself a witch, or Wiccan, or Rom, or lightworker and not do everything in your power to stop the bodies from stacking up like a winter woodpile for the dark half of the year.

How dare you disrespect the work of the ancestors you claim? Now, 674 years later, you are too bothered to put on a mask. After their murder and disfigurement over the very thing which we now must fight against on all fronts.

How dare you make excuses that you can’t breathe? Giles Corey was placed under a door; and had stones piled on top of him, until his death at the hands of a sheriff, 374 years ago, and his only comment was “More weight.” Until his dying breath and you are complaining over just three-layers of fabric or A sheet of plastic in front of your face? This is not the Pear of Anguish or Scold’s Bridle.

You claim to be healers, you claim to be at the service of the earth and her people. But you cannot be bothered to protect against the plague and snuff it out. You cannot be bothered to put into place safety measures. You cannot be bothered to cancel your events for one year. To allow it to sleep, to grow, and build until the plague passes? Even in the dark times, the witch had the knowledge to turn inward and to hide her children from such things. The goddess herself went to the underworld, waited until spring to be reborn. Are you too good to follow her steps? If so, stop calling yourself a witch, a Wiccan, a lightworker. Call yourself what you are. A follower, a Capitalist, a profiteer. Nothing better than a judgmental Christian bigot who is just too lazy to go to church. And just wanting to be in fashion.

How dare you? When you have seen what police have done and continue to do to this day. How can you make statements, like “all lives matter” or “I don’t see color?” Bullshit, I see color. I see every color of the goddesses rainbow, from the brightest blue to the darkest mocha browns and I find them all amazing, like a crystal in the most dawning morning light that brings out every facets of the light you claim to be emitting into the world 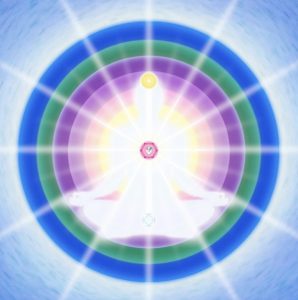 We need to answer the call to support Black Lives Matter, but we also need to answer the long unanswered call for justice. We need to put a stop to the police brutality that has been going on in the country for over 374 years. Why? Because we are witches, and Wiccans, and Roms.

We know this pain, we know that fear that has been allowed to grow within the country way before Lady Liberty was even in labor on July 2, 1776. We all have had these conversations with our children, about what to say and how to act with those who call themselves police. We should call them what they are, henchman, or overseers of oppression. They are not constables or seekers for justice. we should defund them. We should demand that they put down the star we hold so dear to us. We need to not only defund; we should stop feeding the monster they have become. we need them tried and convicted, held accountable. And demand that they pay the price. We need to demand retribution for the horrors they have cast into this world. The affects it has caused on an energy level. Karma is nice, but she is tired of waiting. It is time to collect on them.

We need to let our money speak and stop shopping at stores or going to events that call themselves part of our community while failing to support efforts to stop a plague or hear the cries of the people. If they cannot be bothered to hear the call to stop the plague, then we can shop elsewhere. We can go online and go directly to the artist, or suppliers that provide us with our goods and wears.

We need to cast out the white supremacists that have tried to infest us like fleas. Cast them out. Cast out the hate they have created. We need to find what we have alike, stop the infighting, bring our voices in harmony demanding that we will not take this anymore. We are witches and are done being nice. We are done with “love and light.” We will not only curse your office and you for the brutality that you have inflected but we will not tolerate one more rock. Not one more death. Not one more soul crossed one second too damn early. Because you think you are too good to put on a mask and reach out a hand to help those who fate is so much like our own?

How fucking dare, you break the law of the goddess? While you carry her banner and call to her to aid you in your daily life. How dare you do harm to yourself and others? How dare you disrespect the call of the ancestors? How dare you don these labels and not use your knowledge to spin change within this plane and the other?

How dare you look the Crone in her wise eyes and say she is not worth you putting on a mask and keeping your ass at home because you need a haircut or a trip to the beach? How dare you not listen to alchemists and follow the guidelines?

How dare you look at the face of a child and not say enough with the fucking bullshit. No more fear. No more police brutality on this plane. Not on this day, not in this moment.

How dare you look at a face of a mother and say, “I’m going to allow you to keep living in fear that you may have to bury your son because he is a different shade of the rainbow then myself.”

How fucking dare, you tolerate this one more second? We tried peace, that has not worked at any point in 274 years. We tried rallies and marches with signs. We tried changes from within ourselves. Now it is time to don the mask and don the caldron. Put on the witches’ crown and take up the sword and demand it be. Spin it in a different direction. Take on the power behind those labels and use them well.